I’ve done my usual thing of mapping what club team and nation the players play for. I should probably have done this for the last world cup but at that time I was still coping with the idea of James Graham playing for a team that aren’t Saints. Even five years on, it took me all my time not to mark him down with an asterisk. Because hopefully he will come home one day.

I am not going to say anything about the England team because I promised I wouldn’t if Wayne Bennett picked Alex Walmsley and Mark Percival. If neither of them gets a game, this may change.

On to the actual diagram. 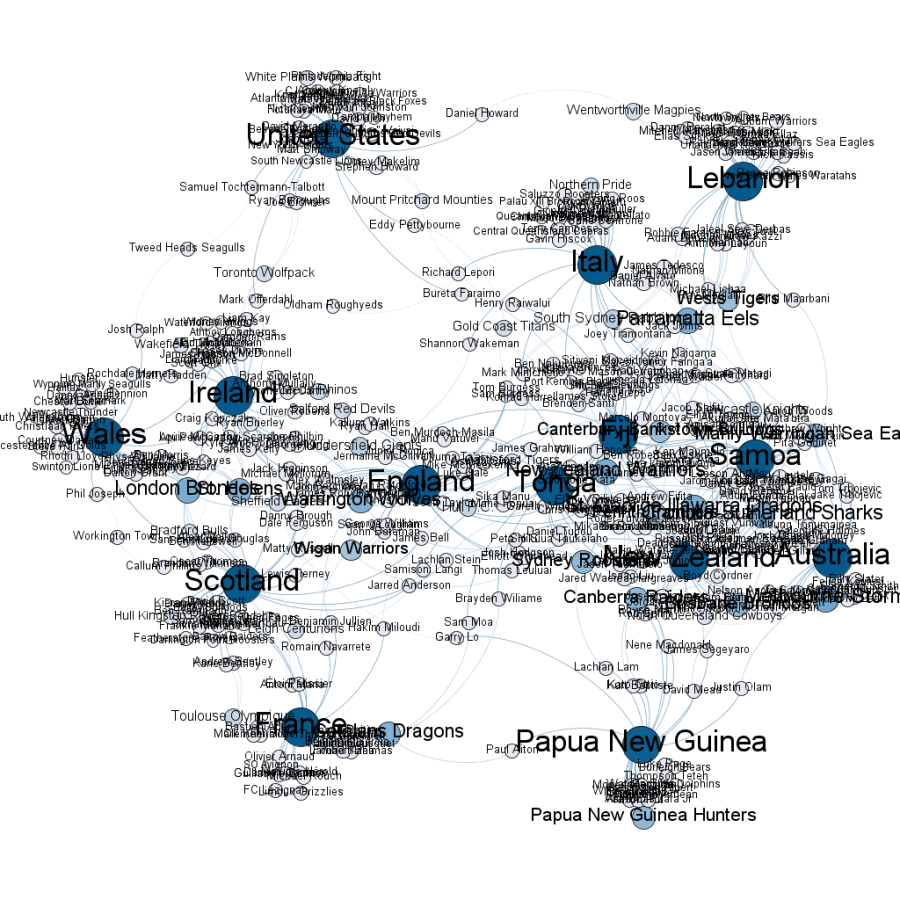 I didn’t expect to find such a sharp divide between the Northern and Southern hemisphere sides. Italy and Lebanon having been temporarily moved into the Southern hemisphere, because both of them have a lot of players who play in Australia.

I know PNG and the US only have 23 players not 24. Not it’s not a mistake, at least not at my end, I double checked their official press releases (http://www.nrl.com/png-kumuls-name-world-cup-squad/tabid/10874/newsid/112727/default.aspx and http://www.rlwc2017.com/news/team-usa).

Yes, that is that Mirco Bergamasco. Yes he was a union player. Yes, he is that old. But I have spent so much of my life cheering for him as he does stupid, reckless and impossible things, I will happily do it one more time.

Melbourne Storm are the team with the most players, with 13. Next are St George Illawara, Cronulla Sharks, London Broncos, Parramatta Eels and New Zealand Warriors with 12.

Interestingly, only 2 of the St George Illawara and 3 of the Cronulla-Sutherland Sharks are playing for Australia. The remaining 10 St George Illawara players are playing for New Zealand (2), Samoa (2), Fiji (2), England (1), Tonga (1), Papua New Guinea (1) and Italy (1). Of the Sharks players meanwhile 4 play for Samoa and 1 each for England, NZ, Tonga, PNG and Italy.

Of the New Zealand Warriors players, despite the name, only 3 are playing for New Zealand. The remainder play for Samoa (4), Tonga (3), Scotland and the United States (1 each).

None of the London Broncos players are in the England team, they are largely playing for Wales. None of the Parramatta Eels players play for Australia. They seem to be playing for every nation except Australia. 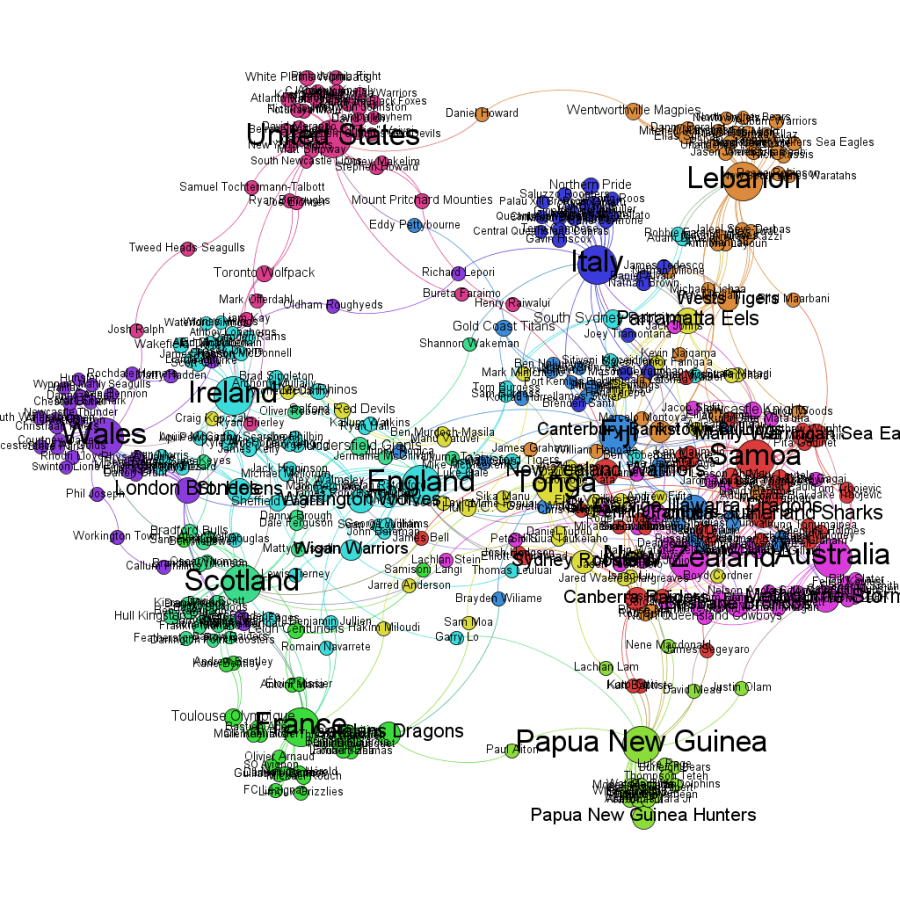 In the community view, Ireland and England as one community, ditto NZ and Australia. I think that’s because most of the Irish players play in England for teams who also have players playing for England. For Australia and New Zealand, all but two of the New Zealand players play for teams in the Australian National Rugby League.

It’ll be interesting to see how this develops, especially as there is a chance, however slim, that Tonga might beat New Zealand to the top spot in group B.