Yes, this was supposed to be done at the start of August but everything this year is late. It covers all films mentioned on the blog up to March 2nd 2016.

UK and US located films make up more than half of the films, although the exact percentages have gone down since the last time.

This trend of fewer films set in the US/UK or more films set elsewhere also occurs if you take fictional locations into account. Last time US and the UK locations made up more than half of those as well, but it’s now the US, UK and France make up half of locations.

It would be interesting to see if the locations change over time as more films need multiple production companies and those sometimes require non-US/non-UK locations as part of the agreement for funding. Not sure how I’d measure that since obviously the films I watch are a very small microcosm of all films.

Are still all England and Scotland and mostly England.

Because I am going on holiday the day after the squads are announced, and will not be back for at least a week. Sorry about that!

In October, I took advantage of going home anyway to visit the Terracotta Warriors exhibition at Liverpool Museum (which is now called the World Museum for reasons I do not understand. I mean the one next to the Walker Art Gallery).

It was really good. They did a really good job of setting the Qin Emperor in context, admittedly, tidied up for international consumption, but still context, and why he was so important. And why he was the sort of person who was buried with 8000 odd terracotta soldiers.

(I feel I need to add that we were encouraged to take photos, provided we had flashes turned off. If they’d told me earlier I would have brought my camera, but instead I had to use my phone.) 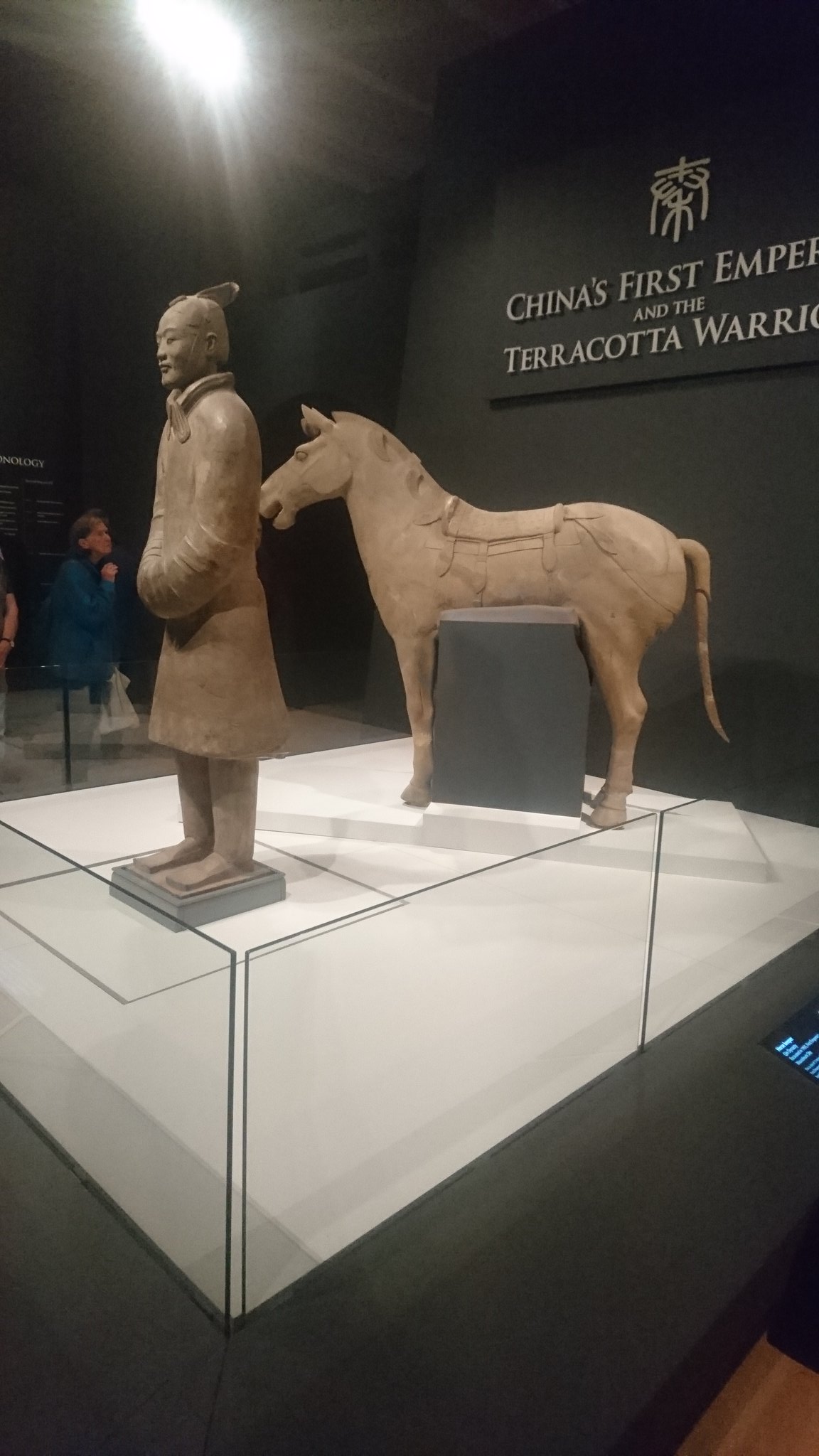 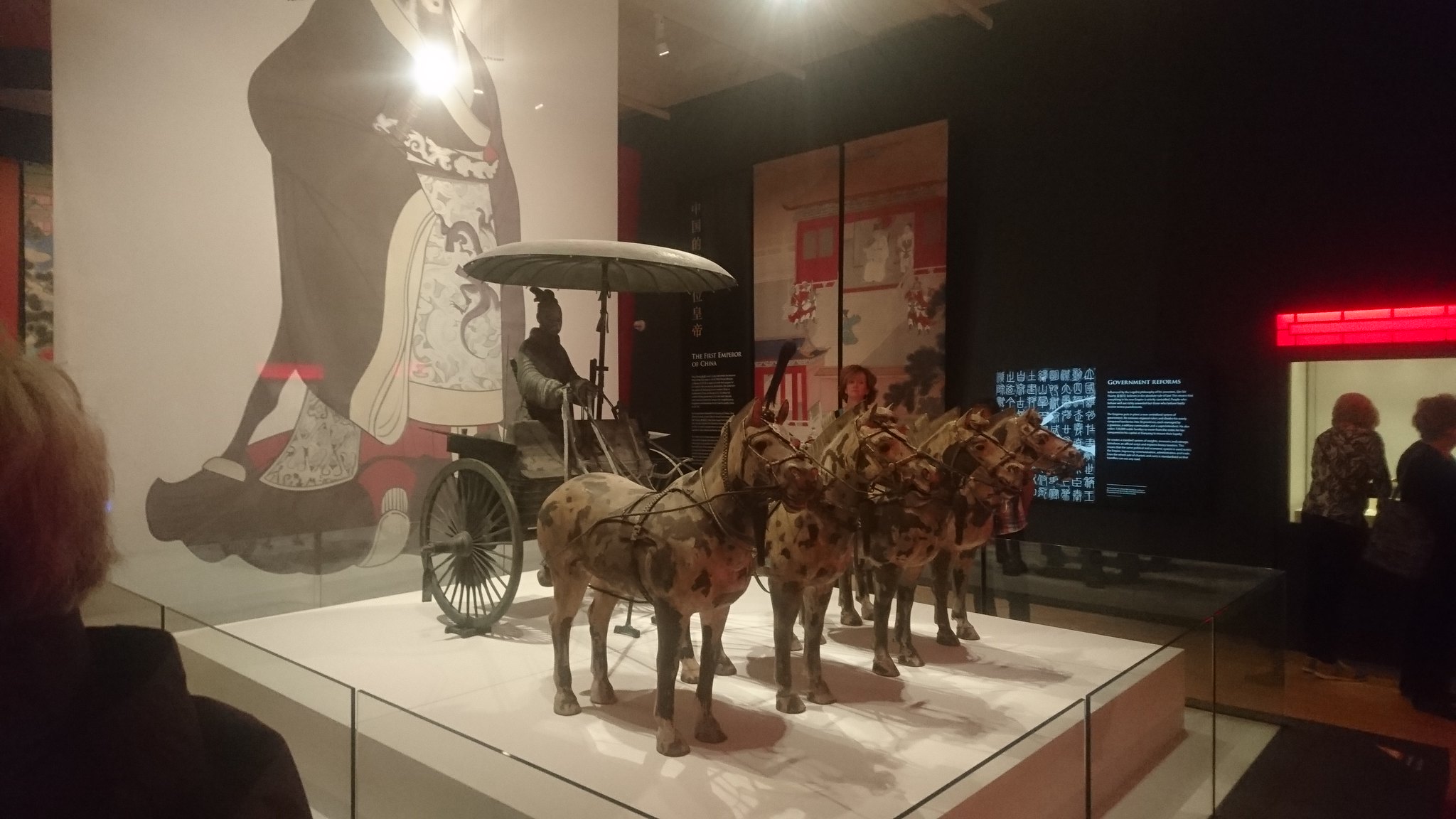 These horses are up to something 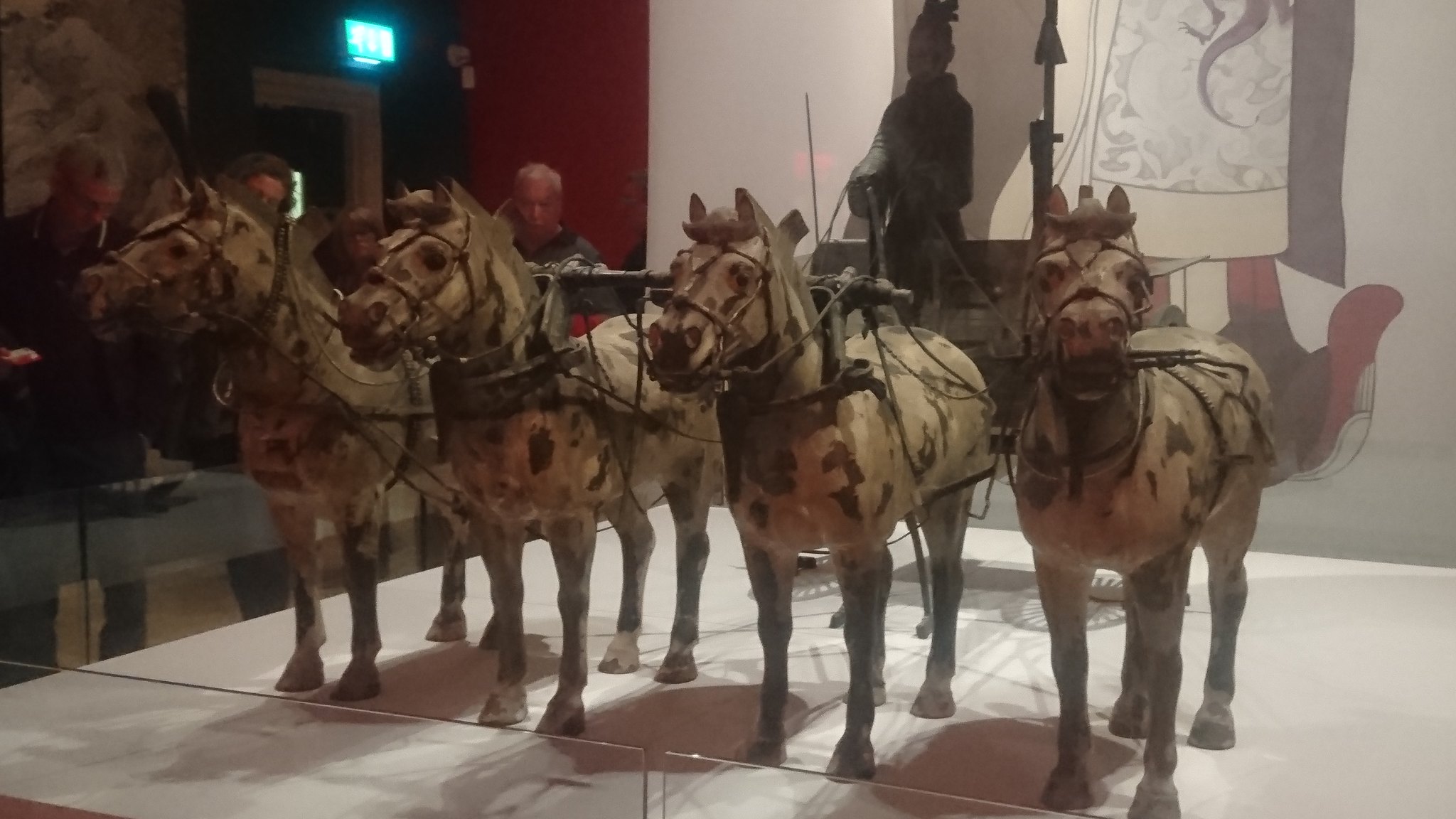 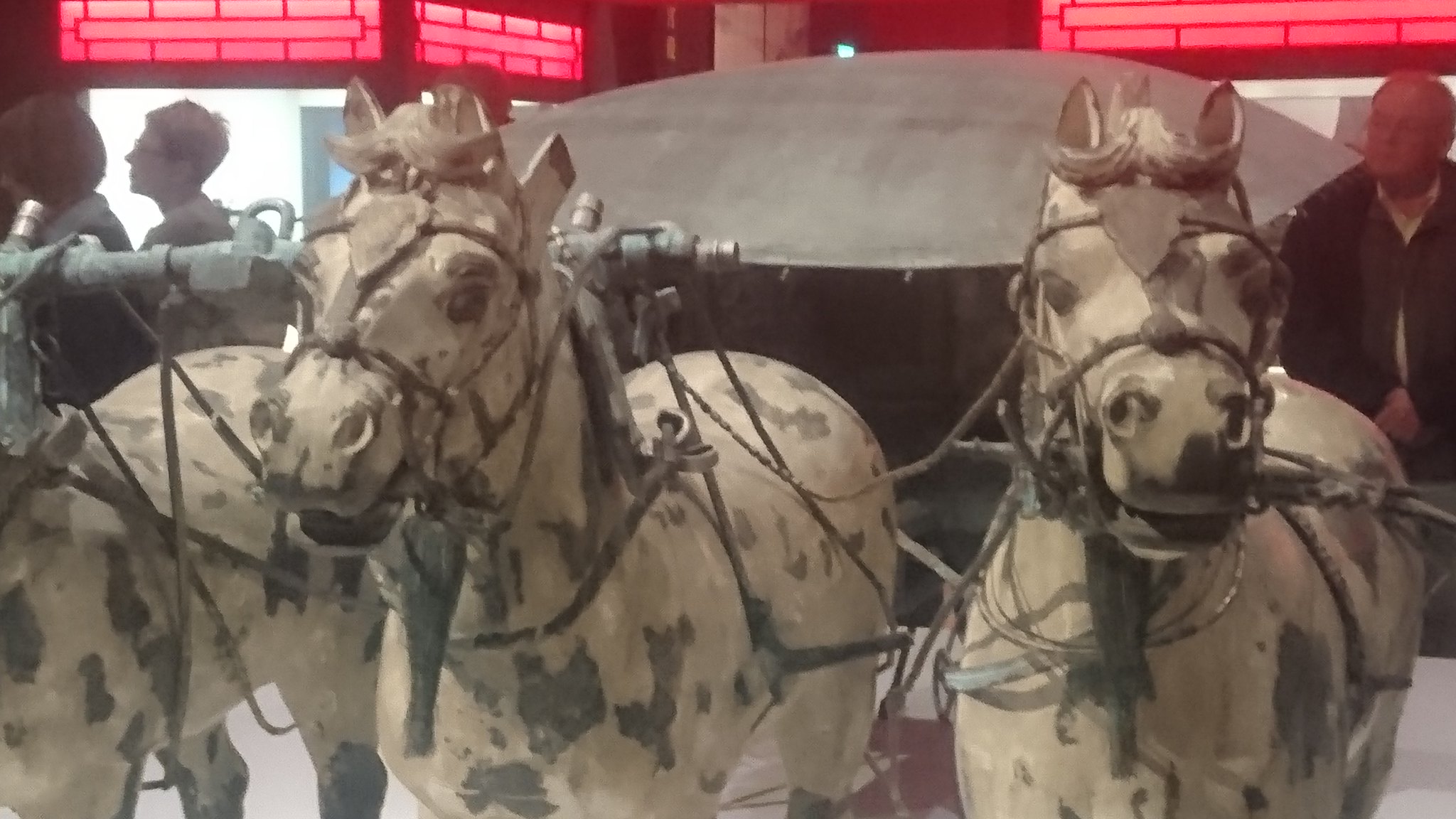 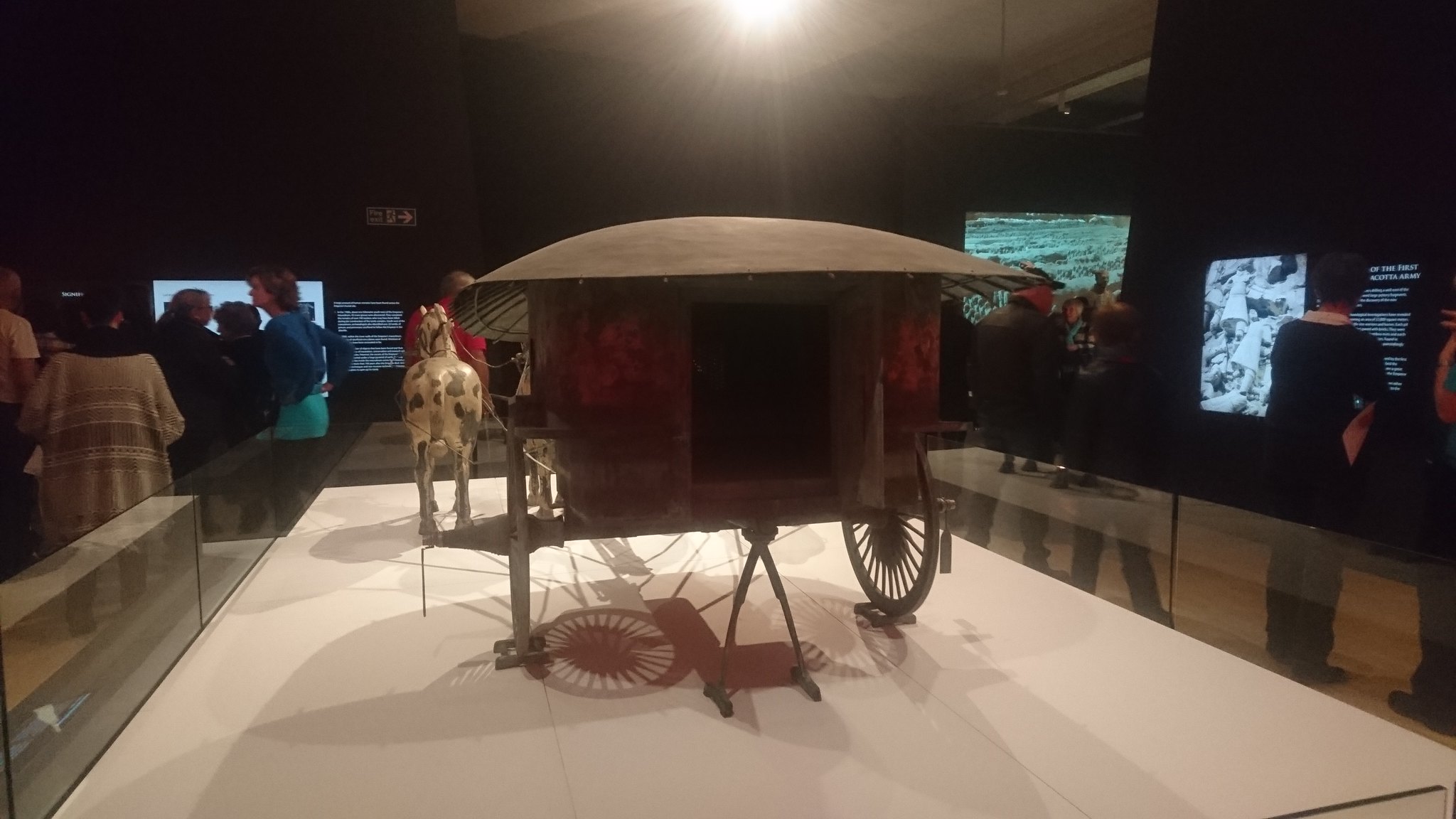 The warriors themselves come in a variety of different poses, to represent different parts of the Emperor’s army.

There are figures of infantry generals – 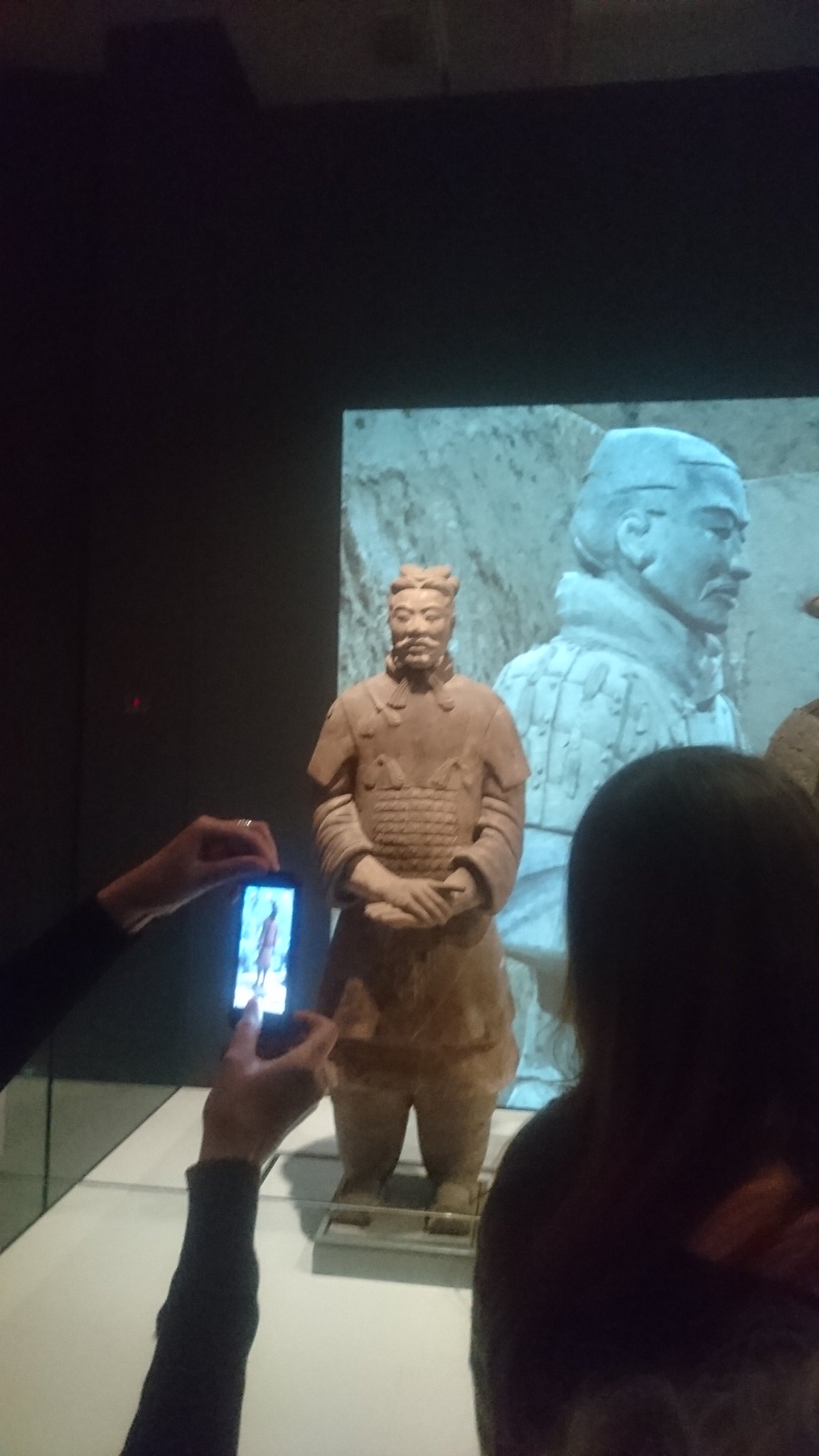 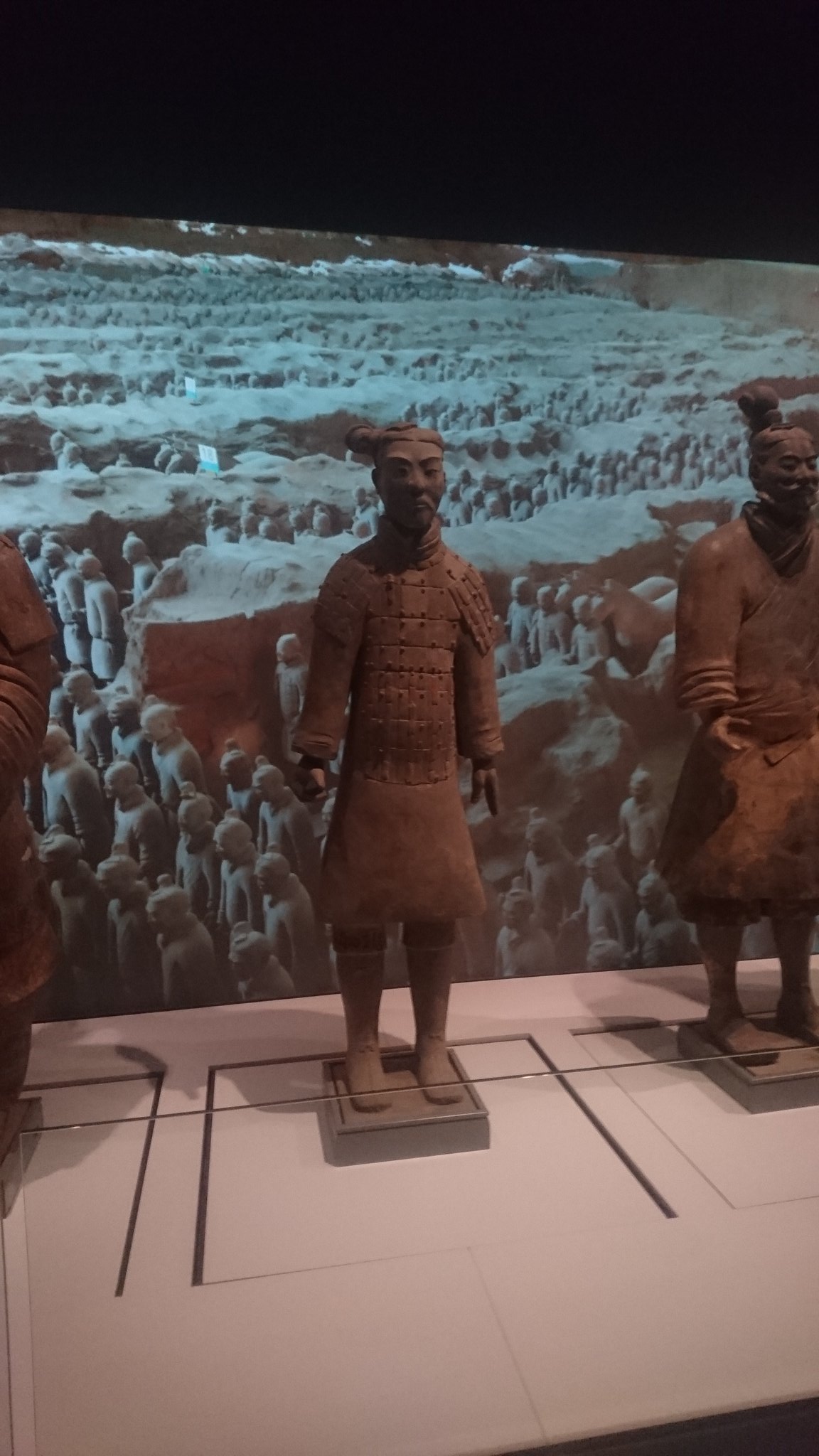 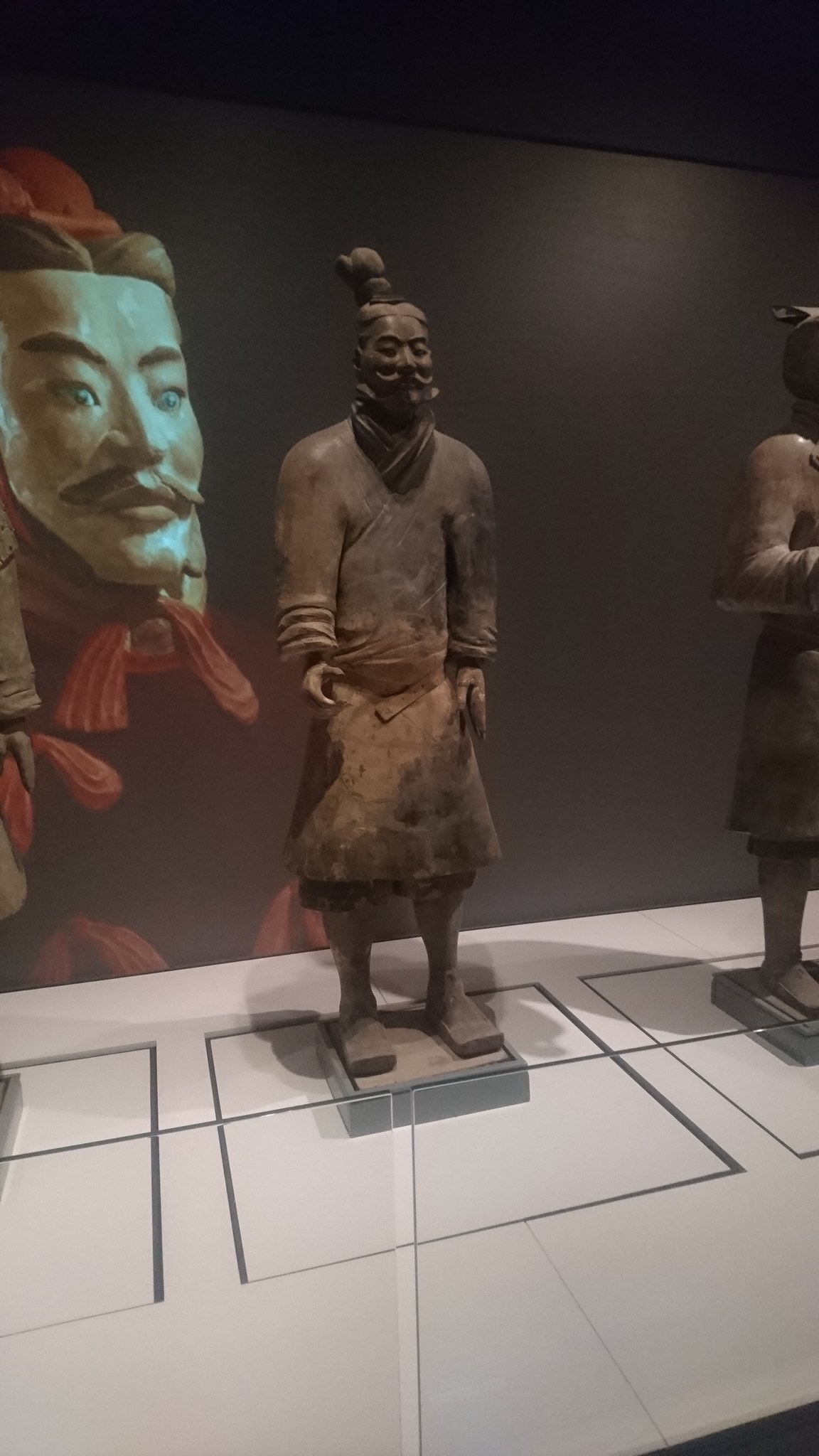 As you can see in the background, the warriors were originally painted, and had glorious uniforms.

Outside the exhibition, there was an example of what they think the General’s looked like in full colour. 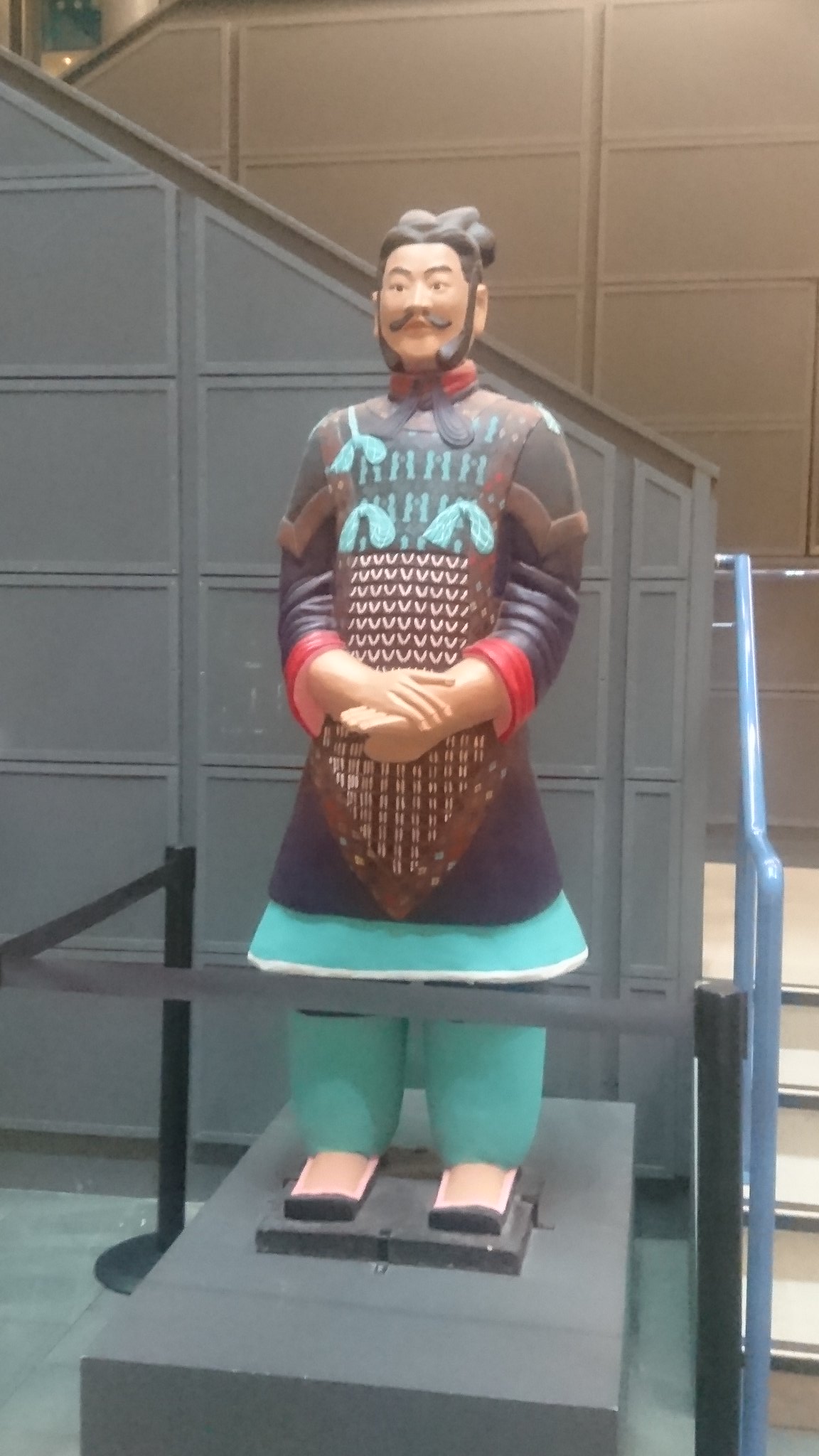 This one is a chariot warrior, minus his spear – 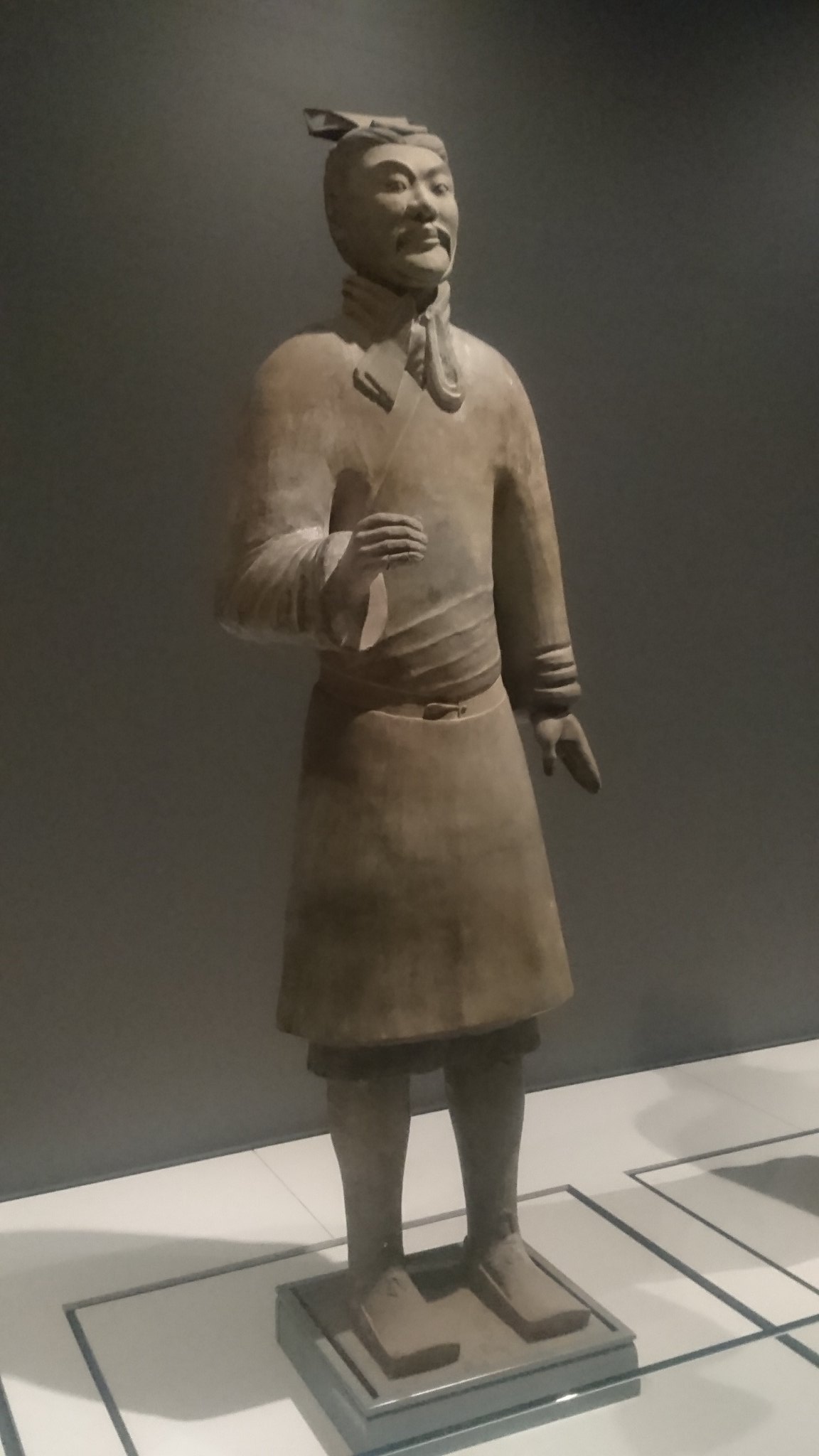 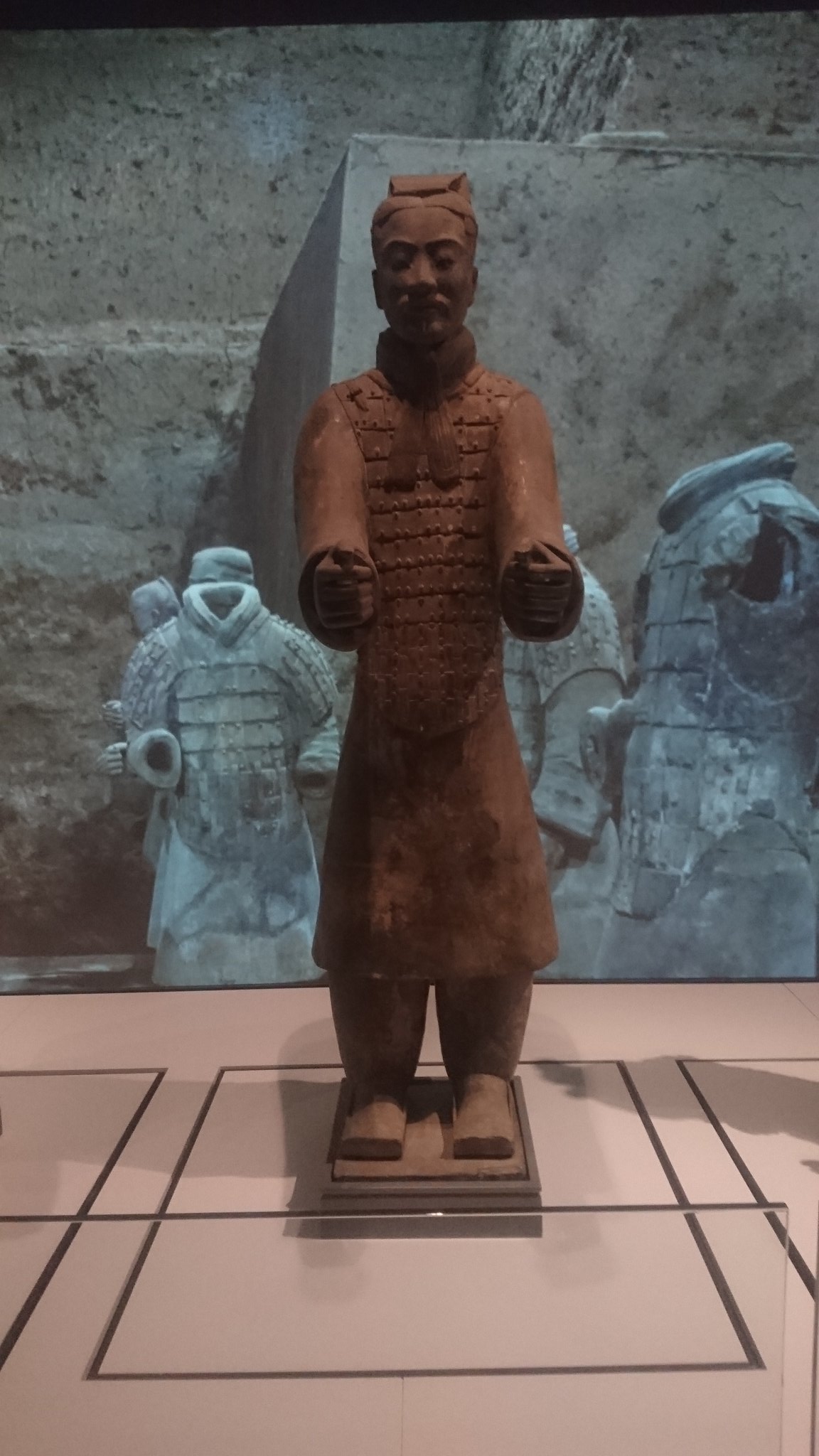 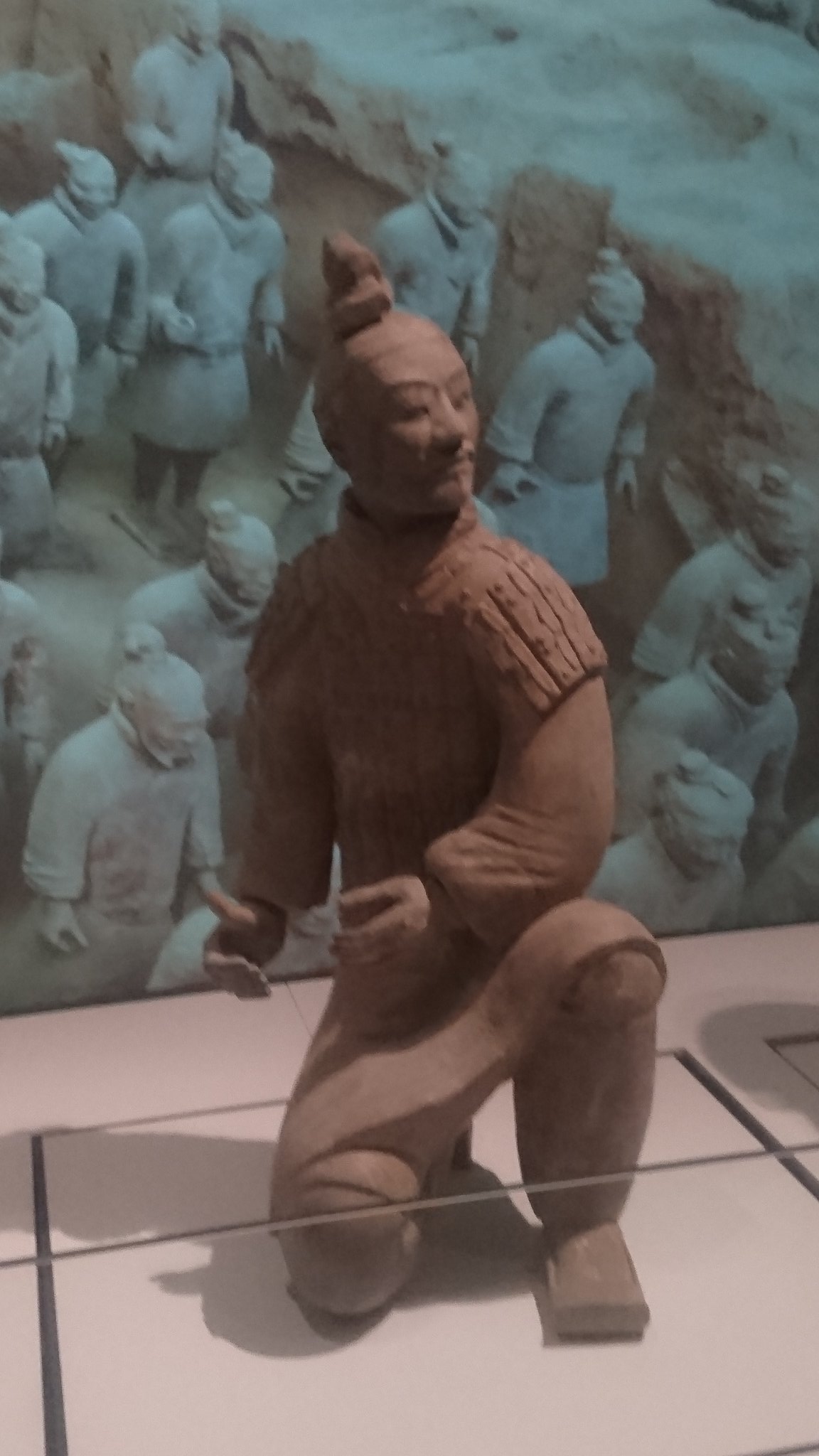 and a standing archer – 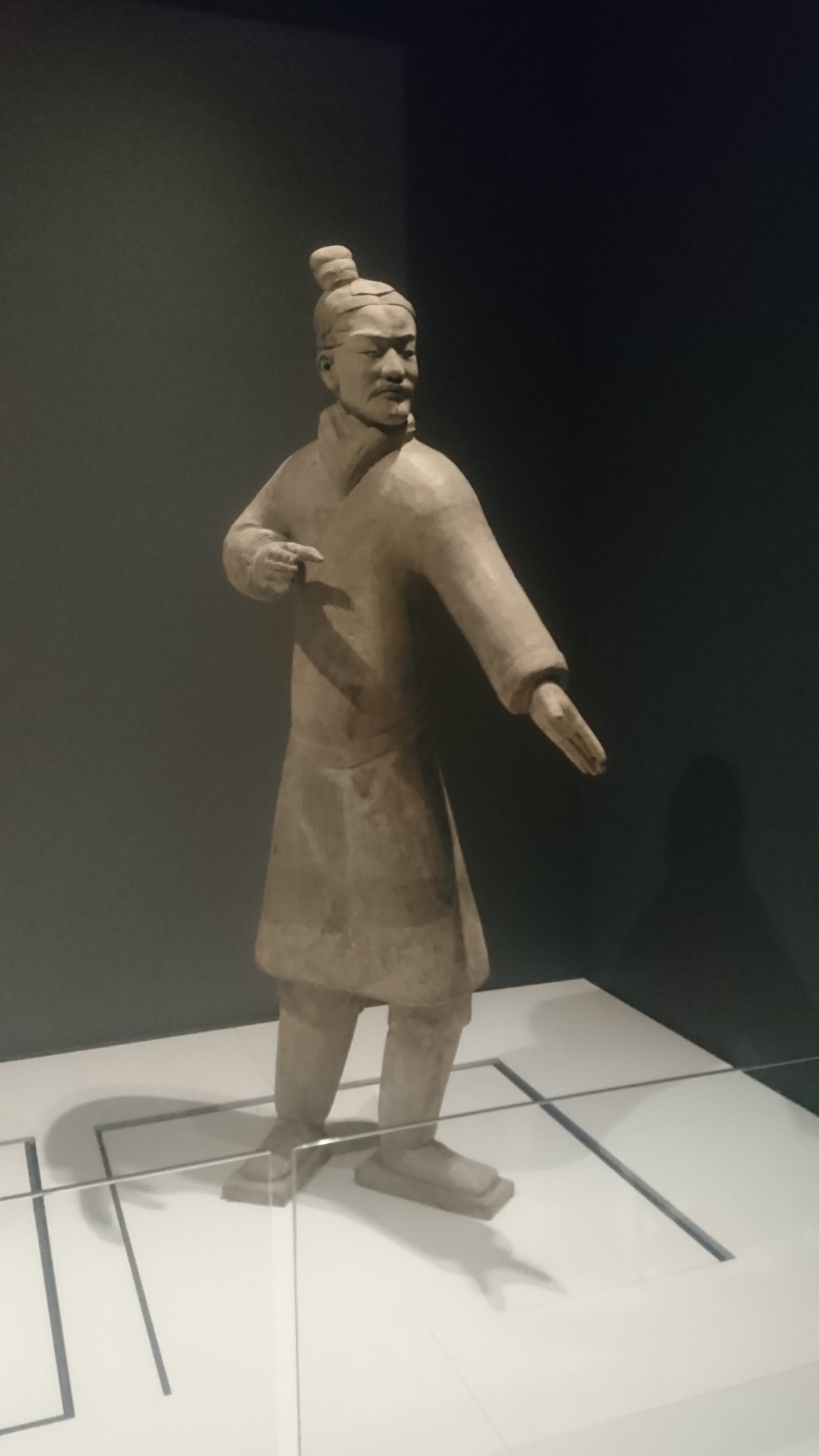 Probably my favourite not-actually-an-artefact was the “how the warriors were made” diorama that ran along the wall opposite where the individual warriors were placed. It was very stylised but I did like the foreman figure going “argh! You’ve dropped one of the heads!!!” Which was remarkably clear given they were stylised blank-featured figures.

There were also really interesting artefacts from the grave of a later emperor. I promise that once I’ve found the exhibition guide book, I will update this with the name of the Emperor in question. 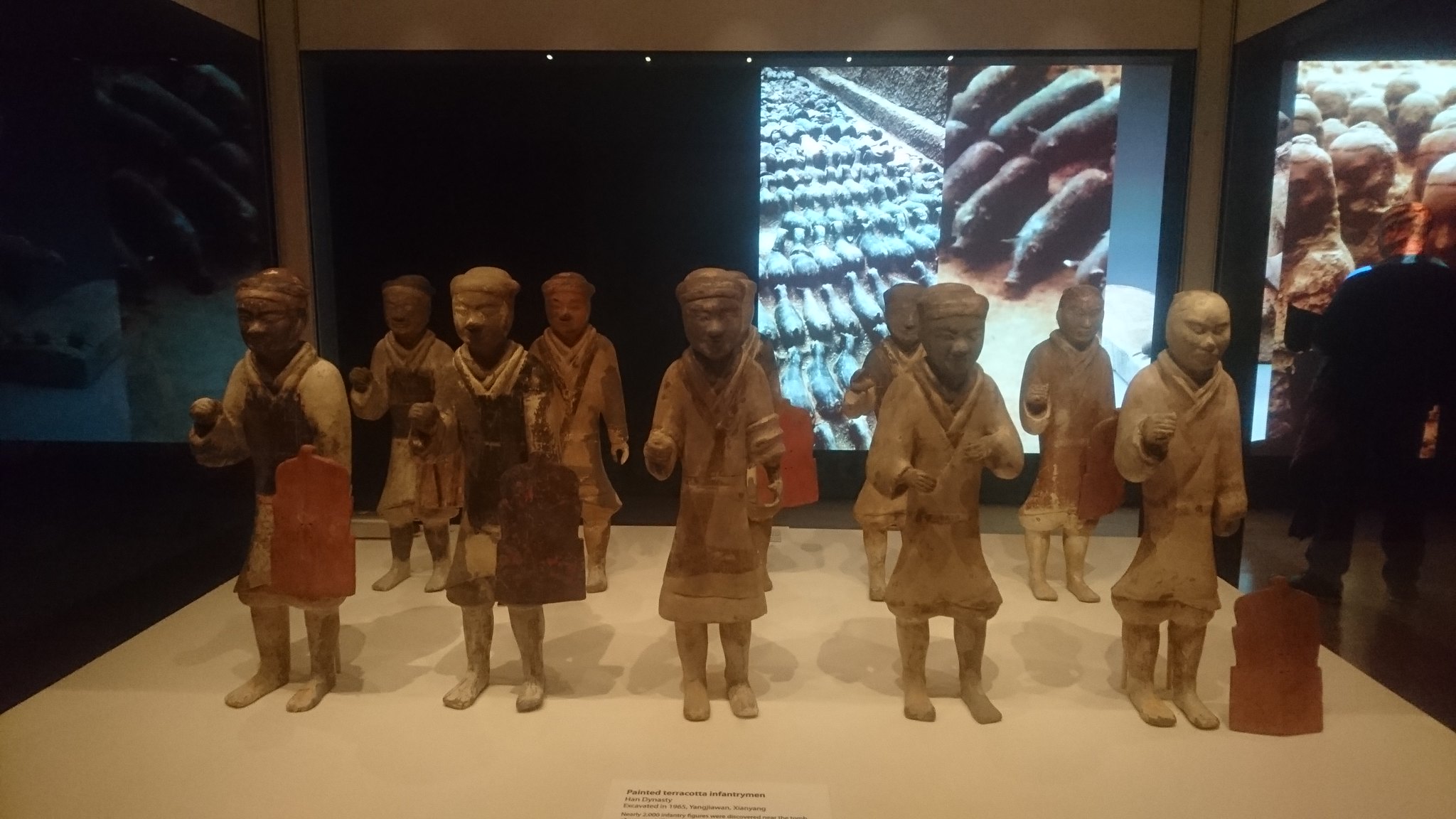 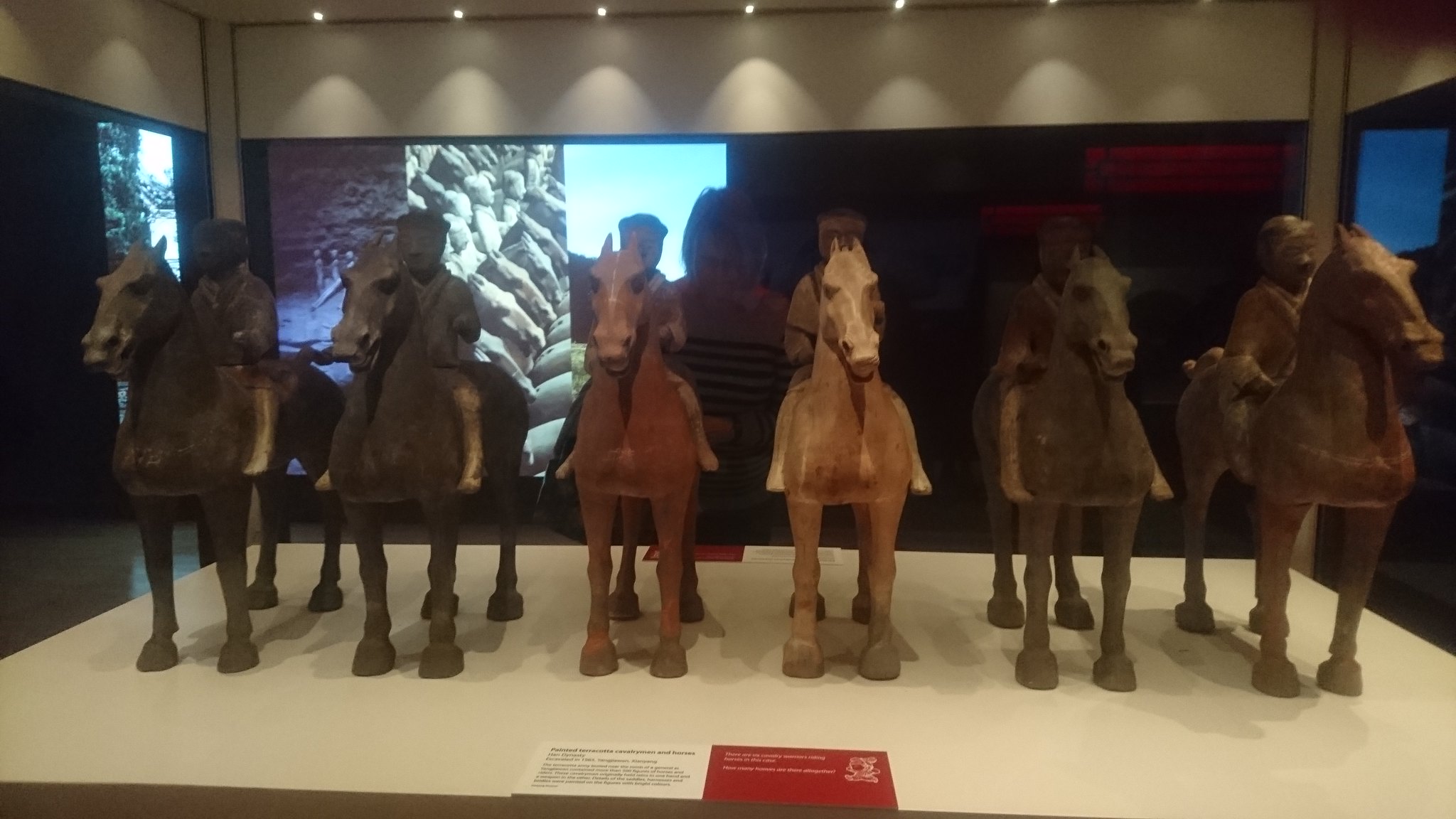 Some of these warriors had movable arms, but they were made of wood and therefore lost to history – 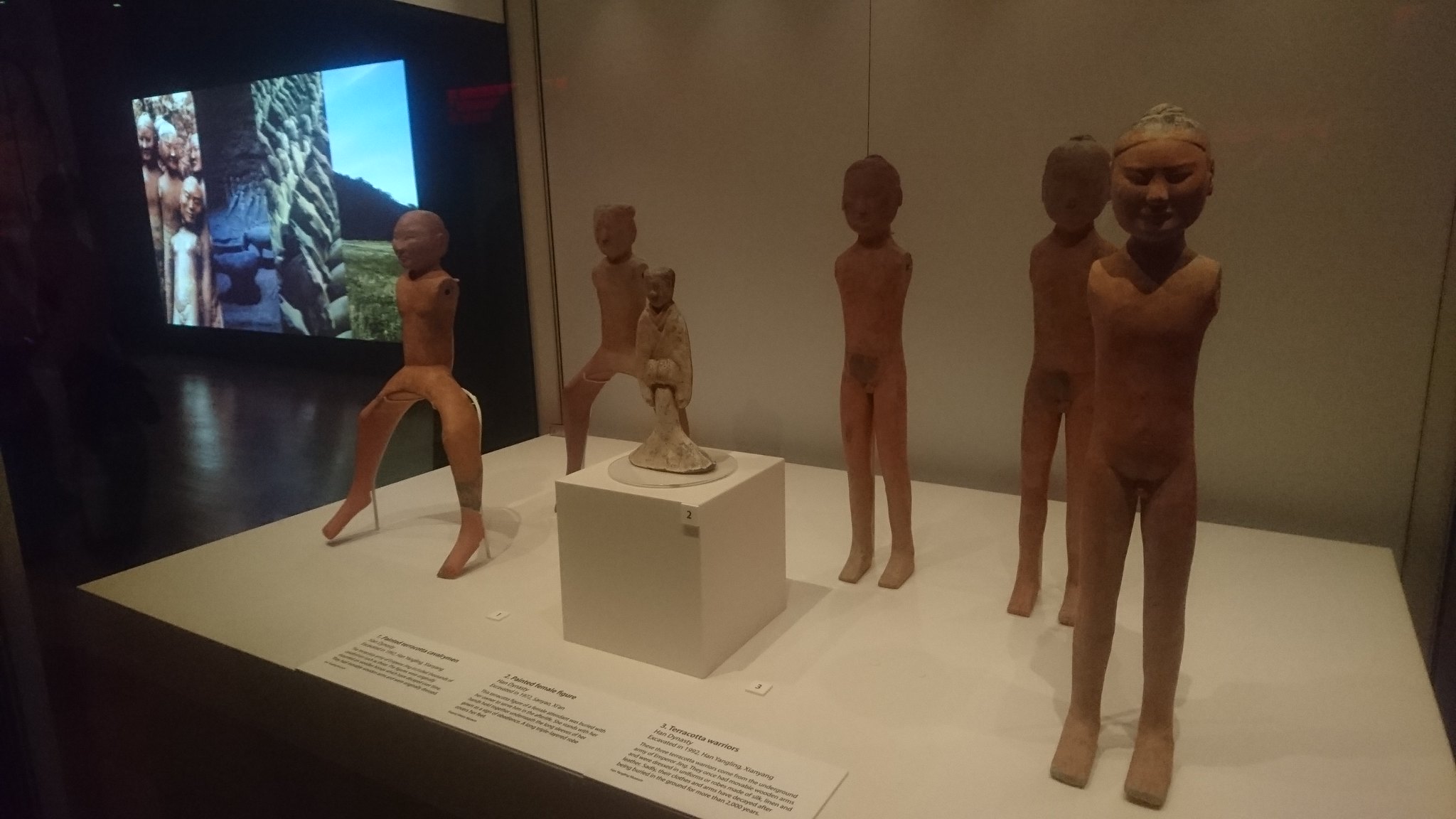 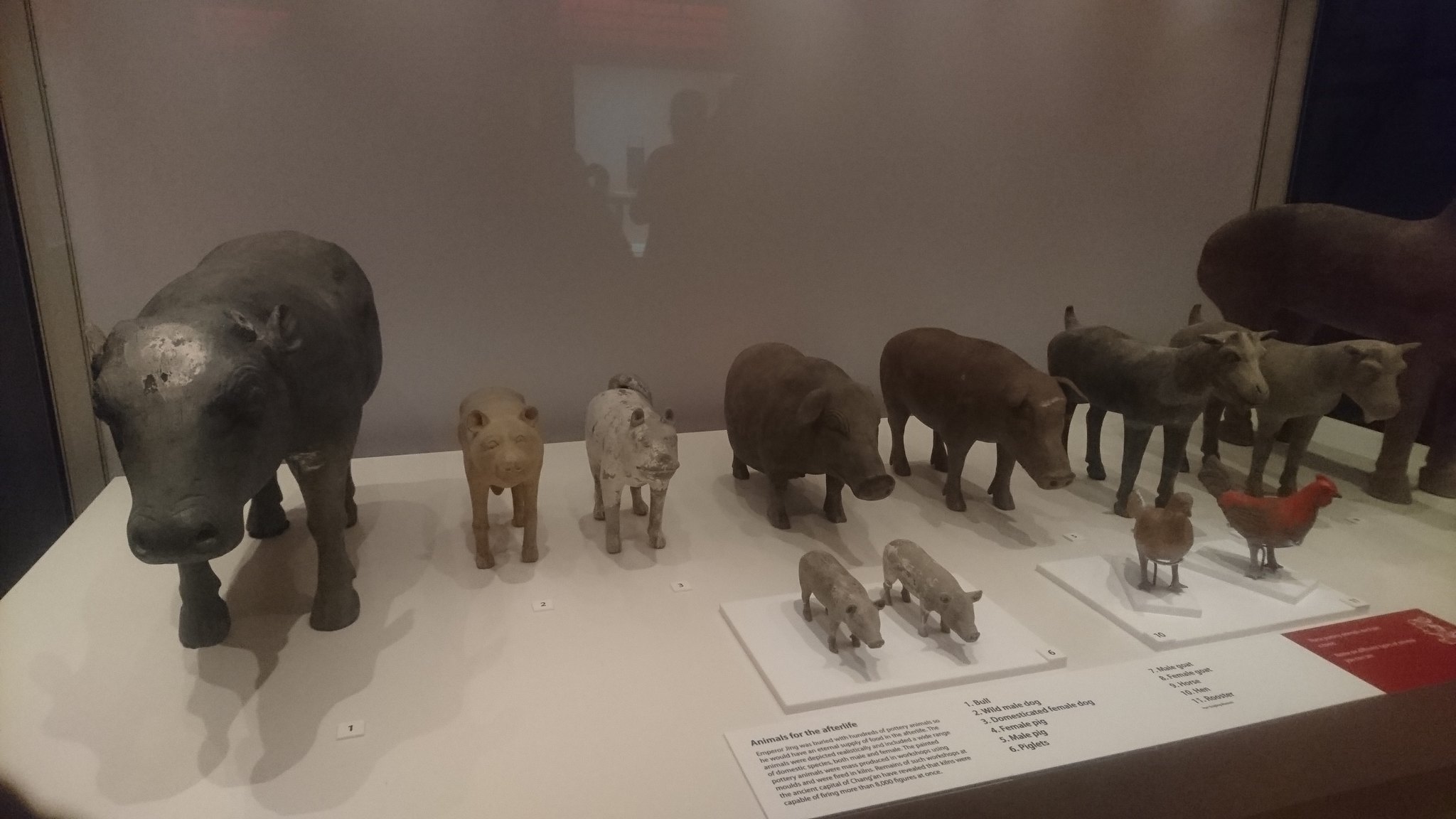 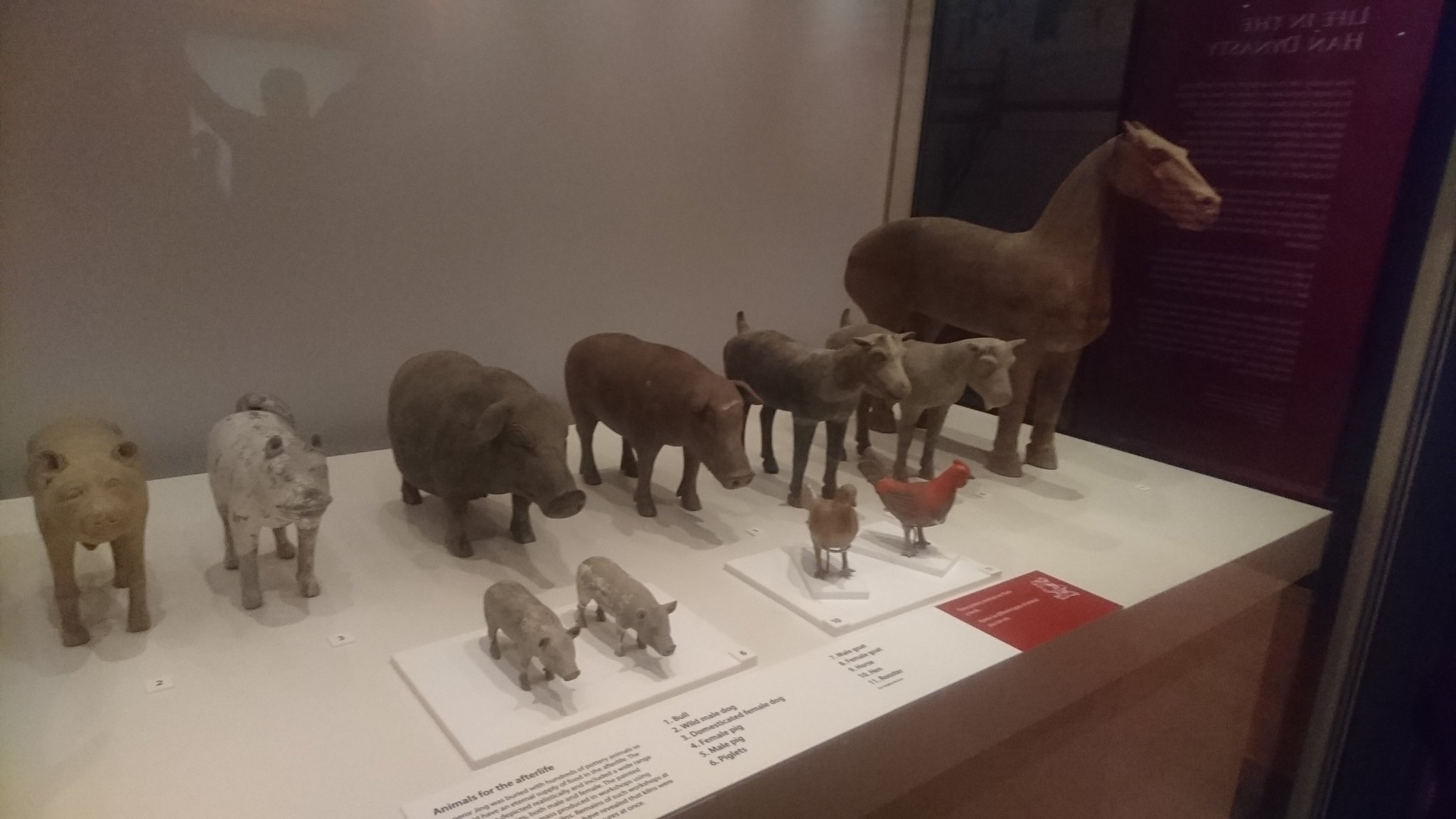 There was a very interesting bit that dealt with how little we know about the history of the time. For instance; it wasn’t clear whether this Emperor had smaller grave goods because he wasn’t as powerful as the First Emperor, or because by then fashion and faith had changed so you didn’t need life-sized grave figures.

I was lucky enough to visit after the Golden Horse of Maoling was put on show. 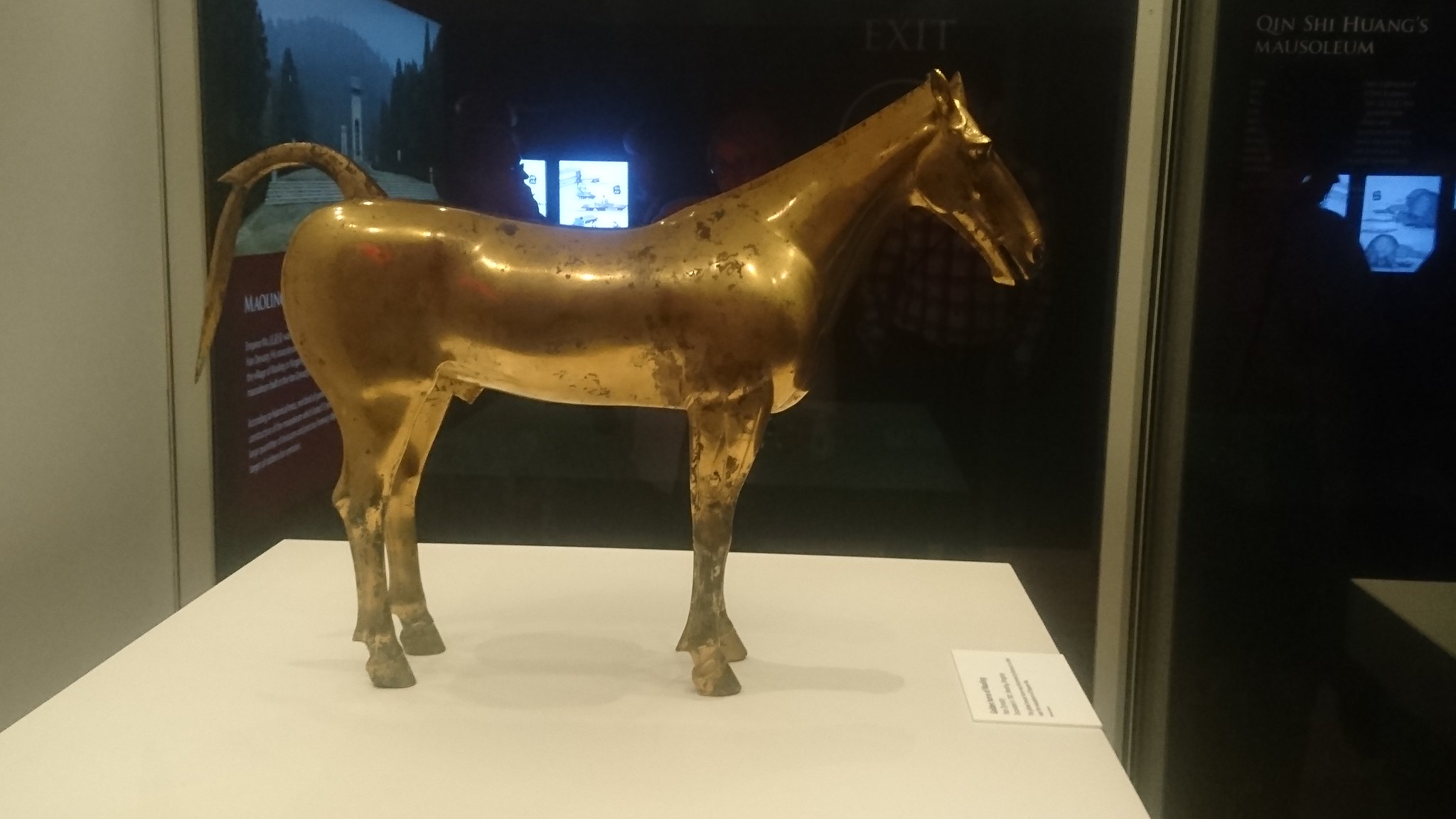 The Horse was the last major exhibit of the exhibition, and led into the last room. I shall leave that as a mystery, in case a similar exhibition is put on near anyone else and they get the chance to go.